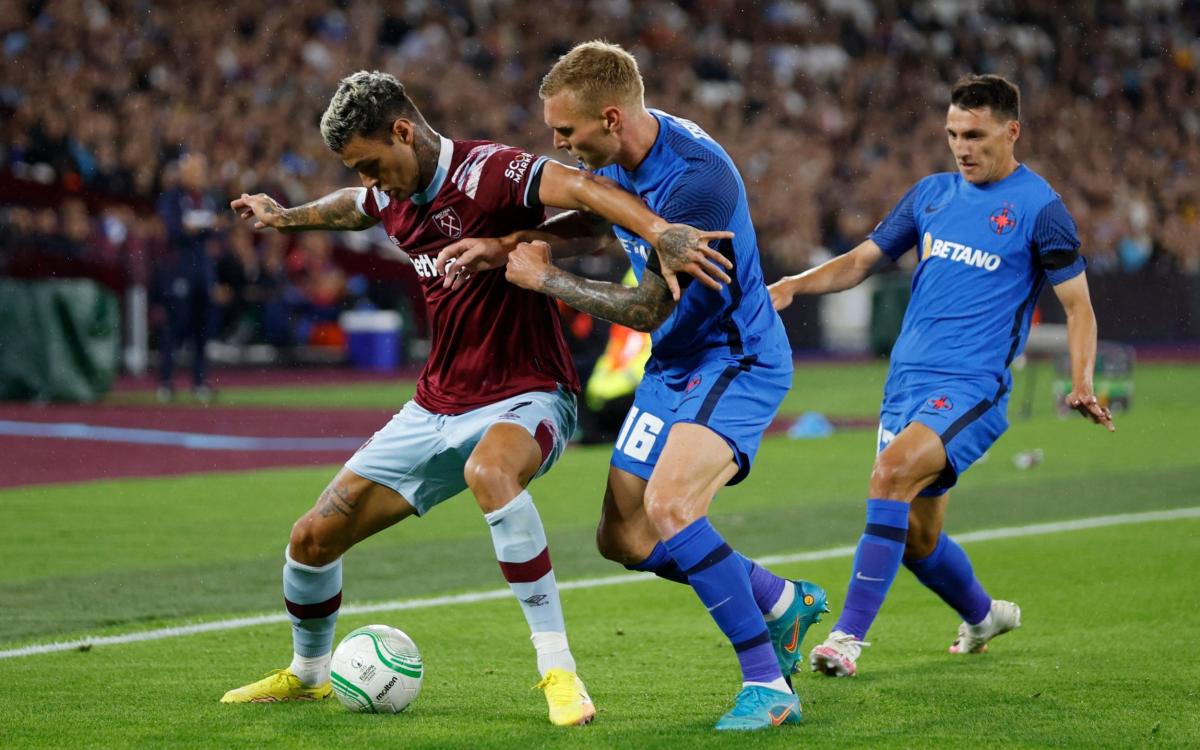 Another foul by Ogbonna, who is very late in a challenge. He is skating on thin ice, just cautioned.

He’s got the acre ball of space after Rice’s good work.

It has options everywhere, but instead opts for a long-range effort that may very well still be on the rise due to its initial trajectory.

Ogbonna is booked for a foul on Edjouma.

West Ham do not face the danger and this leads to two speculative shots by the FSCB.

Not the beginning that the hosts were looking for in this time.

The changes clearly show that David Moyes was far from impressed with his team’s performance in that first half.

He is right to feel that way.

Changes on the way

Antonio, Paqueta and Bowen are up.

Outside Scamacca, Benrahma and Lanzini.

No Nonsense from David Moyes

The atmosphere at the London stadium is generated by the Romanian contingent.

Just as I type there is an opening though, but the excellent Tamm is there once again to block Lanzini’s shot.

Nice work by Downes, who slips a clever ball between the lines in Scamacca.

The Italian enters the area but sends a horribly wide shot. What a waste.

West Ham’s Best Building Game. Scamacca connects well with Benrahma, who feeds Lazini on the right. His cross is blocked by a corner kick.

The FSCB, however, does not face the corner and the ball is rejected where Scamacca is lurking. This is a bad header though.

Just before the goal, I’m about to write that West Ham fans were clearly frustrated. West Ham went flat here and were penalized by conceding a goal.

Now a great answer is needed

It’s a decent game from FSCB and starts with Coman, slipping a pass into Companion.

He puts his left foot around the ball, whipping it across the small area to find Cordea waiting on the far post.

Great opportunity for FSCB. The ball is put on the far post and Cordea is there, unmarked.

His header, however, is weak and headed for Areola – a restart for West Ham.

Good West Ham construction game down the left and Rice shoves a nice ball into Cornet.

He manages to turn around and take his shot away but is blocked by Dawa.

West Ham appeal for a hand ball from the corner that follows, before Lanzini spoils with a shot at the far post.

West Ham had 78% ownership in this one. Moyes will want them to translate that domain into goals.

Tamm puts her body on the line to block Scamacca’s shot from the edge of the area.

Rice follows with his shot but the ball goes wide.

Ooooo that’s nervous from West Ham on the back.

The ball is crossed low in the West Ham area but neither Ogbonna nor Areola face it, presumably expecting the other to do something.

From the next corner, FSCB heads the ball with Areola skinning with his left but the header flies over the top.

Not a huge amount in the way of attacking from FSCB at the moment.

All the play taking place in their own half and West Ham’s patient building game is making it difficult for them to succeed.

Cornet is being treated for a bloody nose.

It was a case of friendly fire though when the Ivorian took a Scamacca boot in the face when he entered the corner.

More pressure from West Ham when the FSCB is forced into an awkward removal from a Coufal cross.

Scamacca asks for a penalty but the referee dismisses him.

Remember, Var is not in use at this stage of this competition.

Scammaca collects Kehrer’s head clearance and rejects it well for Benrahma in the running.

His shot is blocked wide for a corner.

West Ham are in their early schemes, moving the ball well and probing their hips early.

Better than the FSCB, however, and Compagno has the opportunity to shoot at Areola.

We are traveling in East London.

There is a ripple of applause around the London stadium to commemorate the life of Queen Elizabeth II, who died this evening.

Follow the Telegraph coverage of Her Majesty’s death HERE.

Kick-off around the corner

The teams are coming out.

“The group stage is never the one that makes you go great, I can’t wait for the games to come”, “

“But everyone is hoping to qualify for the knockout matches, which were more exciting last season. I watched the [Europa League] final between Roma and Feyenoord and it was a great match. If you look at Jose Mourinho – who has won all competitions – how he considered how great he felt …

“I would like to be able to win too.”

Moyes made seven changes to the side that lost to Chelsea on Saturday.

The selection of midfielder Flynn Downes is the one that particularly catches the attention.

The 23-year-old joined West Ham from Swansea City this summer for around £ 12m.

Starts in midfield alongside Declan Rice.

West Ham ready for another European campaign in store

The lights come on tonight at the London stadium as West Ham begin their Europa Conference League campaign against the Romanian side of the FSCB.

David Moyes and his team have faced a difficult start to the season domestically and have just four points to their name in six games. This, however, may be one of those rare cases where the statistics lie.

West Ham have been better than their record so far this season. They should have taken three points from their home clash against Spurs this time last week and on Sunday they were desperately unlucky at Chelsea, where a dubious decision by the Var denied them what would have been a well-deserved point.

“Don’t West Ham have very good memories of playing against Romanian teams? Neither do I,” said Moyes.

“I managed Everton in Romania and we lost there. So it can happen. But time passes too, so don’t think back, try to look forward.”

The Conference League may be Europe’s third-tier competition, but Moyes is taking it as seriously as West Ham’s run to the Europa League semi-finals last season.

Moyes pointed to the celebrations of Jose Mourinho and his Roma after winning the inaugural competition last season as proof of its significance.

“The group stage is never the one that makes you go great, I can’t wait for the games to arrive,” he added.

“But everyone is hoping to qualify for the knockout matches, which were more exciting last season.

“This time last year we won in Zagreb and we did a great job of winning the group. We will try to do it again.

“We had a lot of fun last year and celebrated (qualifying) again this year, even though we’re only in the Conference League.

“I saw last year’s final, between Roma and Feyenoord, and it was a great match.

“If you look at Jose Mourinho – who has won all competitions – how he considered how great he felt.

“I would like to be able to win too.” 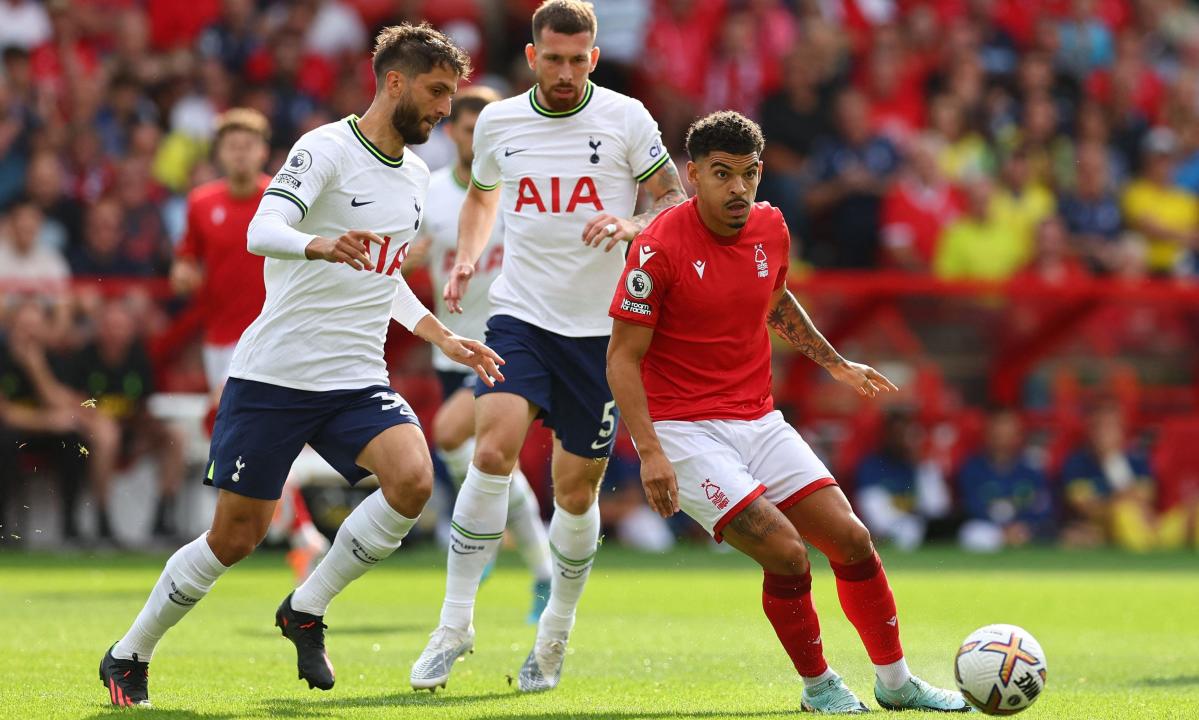 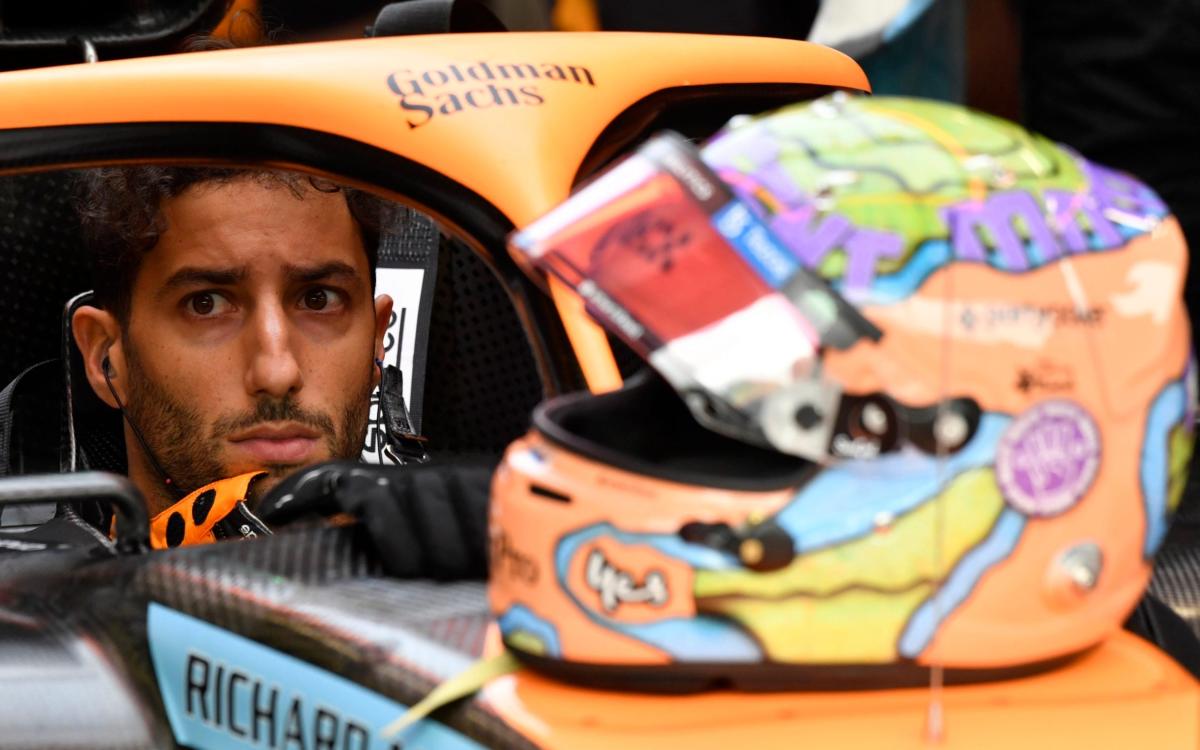 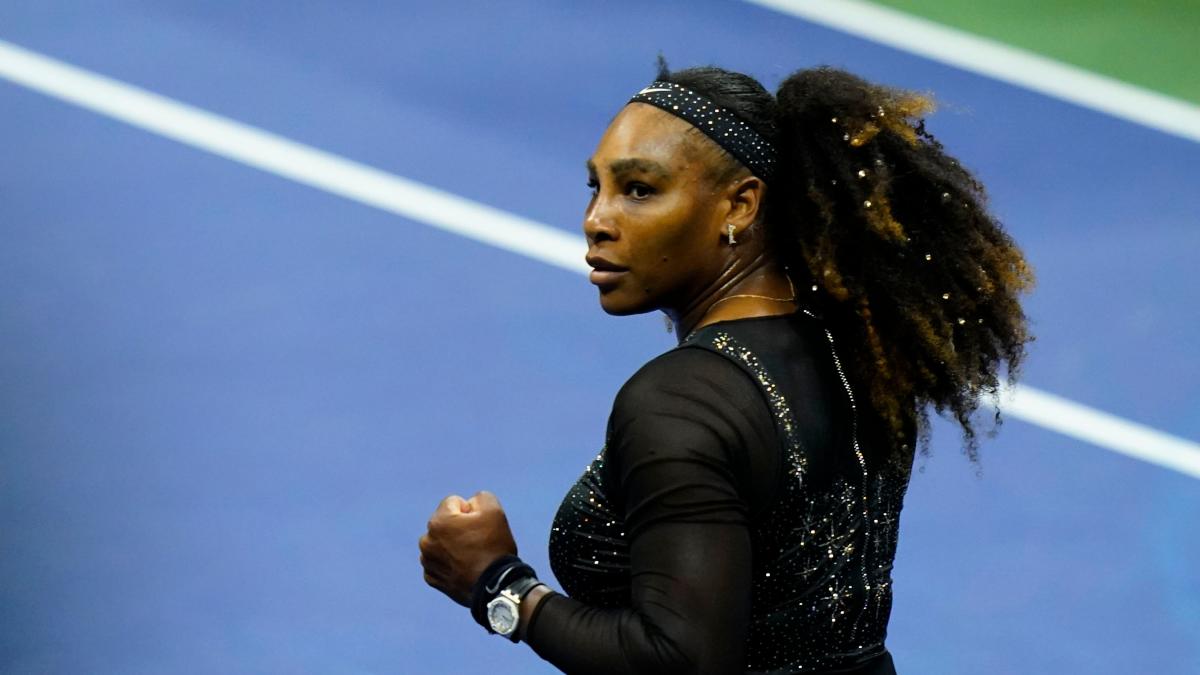