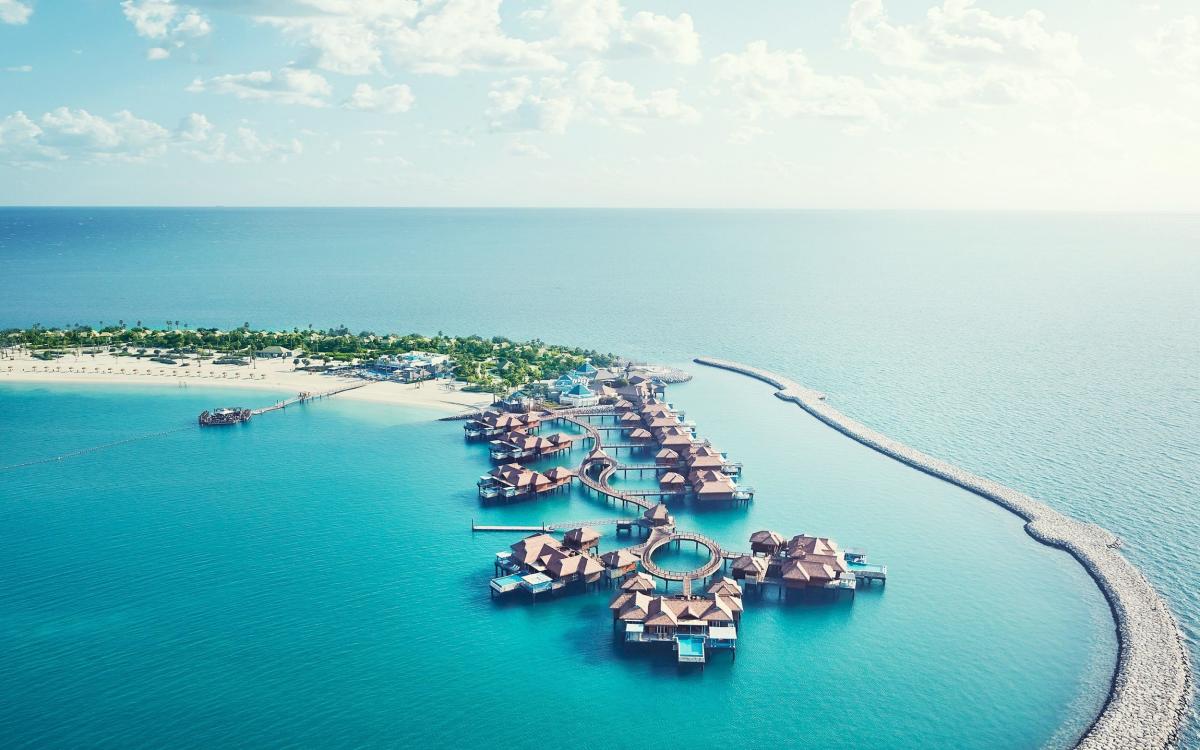 I had lost my shoes. Somewhere on the island, there was a lonely pair of pointed silver pumps with a shimmering edge – a ridiculous choice for the beach, I admit, and even more useless now. Had I left them under my cot, their soft freckled suede with sand? Or in the shade of a frangipani tree, kicked off when I stopped for a Häagen-Dazs? With a sigh I picked up the bag and headed for the path: time to retrace my steps, barefoot.

Shoes are never lost in Qatar. And you certainly don’t slip them off casually, during a day of idleness in a cabana, diving into the pool and sipping coconut. The Gulf is, after all, a region of stunning grand architecture, unfathomable wealth, and thundering superlatives: the largest, the fastest, the most expensive, and others. More beachy, it’s not. Yet here I am, on an islet that could have been torn from the Maldives, living the archipelago’s motto ‘no shoes, no news’, but only 30 minutes from Doha, the unstoppable capital of Qatar.

Maldives of the Middle East

British holidaymakers love the Maldives – nearly one million of us visit them every year. But on a per capita basis, few nations love the archipelago more than Gulf travelers, who also stay on weekends, fleeing the cities of Dubai, Doha or Abu Dhabi to some distant point on the map.

But when you have the wealth of Qatar and the UAE, why fly for four or five hours – plus the inevitable seaplane or speedboat transfer – when you can build an island resort within easy reach? And so Maldives-style retreats are popping up across the region, their overwater villas bathed in Listerine blue waters, along with private pools, spa villages, and luxurious beachfront restaurants.

“This is where I flee when life gets hectic,” confided a German expatriate businesswoman to Anantara Banana Island Doha, one of these resorts. We were chatting in the infinity pool, taking in its views over the wide white sand beach. “I have visited the Maldives many times, but here I am only 45 minutes from home,” she laughed. “What’s not to love?” It’s good news for sun-seeking Brits too – in theory, paradise is now at least four hours closer. But can the Middle East match the real deal?

The Anantara hotel group leads the charge, with two properties on a private island off the coast of Dubai and Doha, both with abundant Maldivian-style decor. Bodu-beru battery on arrival? Check. Thatched-roof suites and ocean-view pools? Absolutely. Dine in the moonlight on the sand, under a floating white cabin? You bet.

In the United Arab Emirates, the Anantara World Islands Dubai Resort opened in December 2021, a 35-minute speedboat ride from the city. It is the first hotel in the artificial archipelago of the Islands of the World, whose islands have the shape, albeit ridiculously, of different countries. The hotel is located on the sandy sliver of ‘Argentina’, an island owned by one of the original actors of the development, who still lives here in a sprawling mansion. He is a bird lover and his troupe of peacocks strut in the sand, waving their feathers as if to overshadow the guests’ Versace bikinis and Dior specs.

“We have the spirit of Dubai, but the beauty of an island,” CEO James Hewitson enthused over lunch. “While this is no ordinary island resort, of course: Gulf travelers are the most discerning in the world.” From the beach, you can see the 160-story spire of the Burj Khalifa glistening in the sun; at night it shines, a beacon of unimaginable prosperity.

In Qatar, I had anticipated an atmosphere similar to Anantara Banana Island Doha, hence my flashy shoes. By the way, my search had been unsuccessful, so I did what any modern castaway would do: I contacted Pradeep, my “villa guest”, on WhatsApp. An example of patience, he joined me in the shoe hunt, scouring the poolside, the bike rental shelter, the beach grill, before triumphantly returning to the giant chess set (where else?) With the elegant shoes in hand. Apologizing profusely, I tucked them into my suitcase and slipped into flip flops instead.

You see, despite being even richer than the UAE, Qatar is definitely less ostentatious. Yes, it has a ridiculous skyline of glass towers and mega-malls, but it’s far more conservative, valuing privacy and discretion as much as luxury. For me, Anantara’s Banana Island resort, so named for its shape, was the end of a challenging trip to Doha.

The city, reachable within 30 minutes by boat, is home to many captivating cultural institutions, such as the National Museum designed by Jean Nouvel and the Museum of Islamic Art, which will relaunch in October. Surprisingly for a Gulf nation, Doha also has an entire museum dedicated to the subject of slavery: Bin Jelmood House, which explores its global heritage and historical reliance on the Gulf. It’s more outspoken and self-reflective than any other museum I’ve ever encountered in the region and, for that matter, the Maldives.

As far as sustainability is concerned, no private resort on an island can be classified as a totally eco-conscious choice, yet progress is encouraging: Dubai World Islands is almost entirely free of single-use plastic, grows abundant vegetables in a huge vegetable garden and purifies its own drinking water. And the shorter flight definitely produces less carbon.

The Middle East also has a lower room rate than its sparring partner: a sea view B&B room at Anantara’s Dubai resort is priced at £ 181 per night or £ 340 for a junior suite, while Doha prices are £ 347 and £ 403 respectively. Meanwhile, at Anantara’s Dhigu Maldives Resort, you’ll pay at least £ 425 a night, or £ 517 at its Veli Maldives Resort, even if the accommodations are larger.

However, the Gulf region falls short in other respects. It could never match the Indian Ocean’s wealth of marine life, nor its vibrant coral reefs and wrecks. And don’t expect sea views at the edge of the world: here they are enlivened by distant skyscrapers, yachts and (in Doha’s case) planes from the nearby airport. Nor can the Middle East reach the wild and jungle nature of many Maldivian locations, thanks to its scorching summers, although October-March brings pleasant temperatures of 20 ° C.

Couples should be aware of the Gulf’s differing tolerance of mocking audiences; at its resorts, Dubai turns a blind eye (although there are no heavy strokes in the pool), while handhelds are entirely off-limits in Qatar. Alcohol is served promptly in the first hotel bars, while Banana Island is completely alcohol-free. For many, this may be a headache; for me it was a welcome opportunity to detoxify.

So I can’t blame the cocktails for my forgetfulness, nor my poolside naps and beach walks. No, they were all good old daydreams on the fly and on the flop. For pure island escapism, the Middle East isn’t quite the real deal, but it’s close enough for a decadent, sunny retreat. I haven’t felt this way since, well, in the Maldives.

Starting in February, Premier Holidays is offering four nights at Banana Island Resort Doha by Anantara for £ 1,099 per person, based on two rooms sharing a Premier room with sea view, breakfast included and return flights from London Heathrow with Qatar Airways.

For more information on Doha and Dubai, see visitqatar.com and visitdubai.com.

Would you trade the Maldives for this mid-range alternative? Please share your thoughts in the comments section below 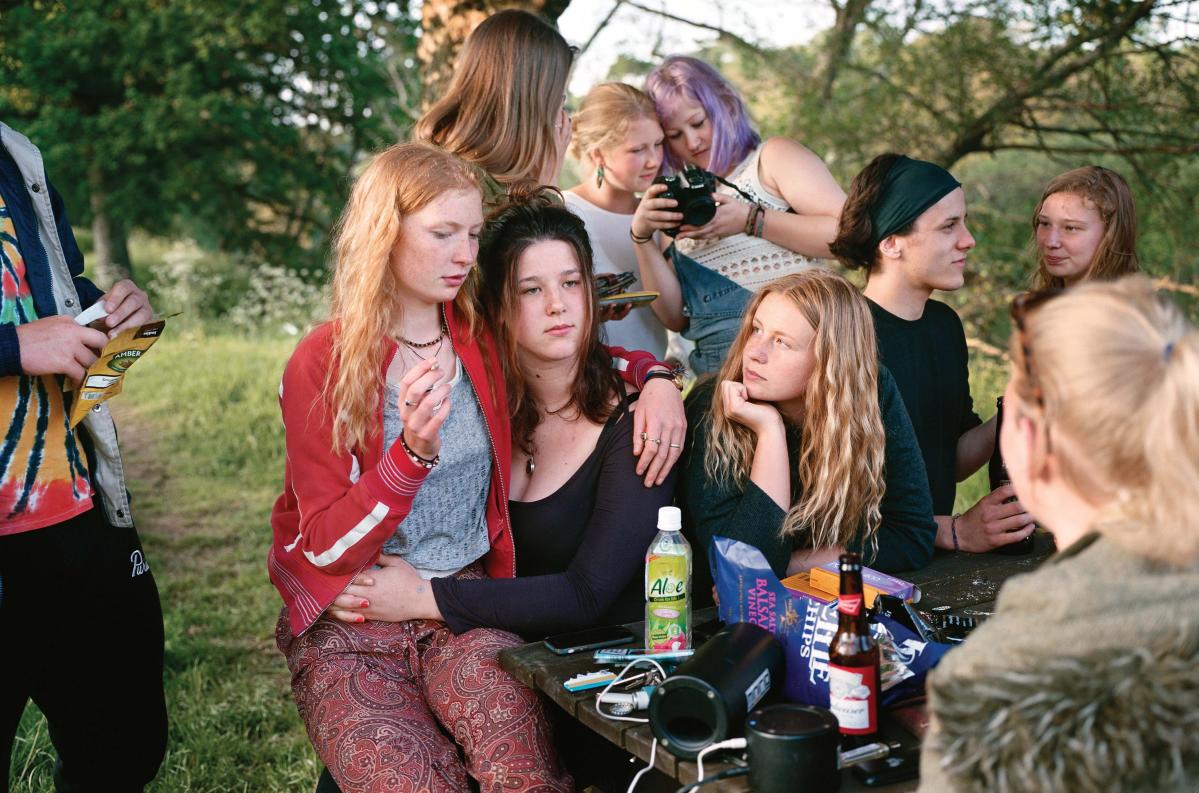 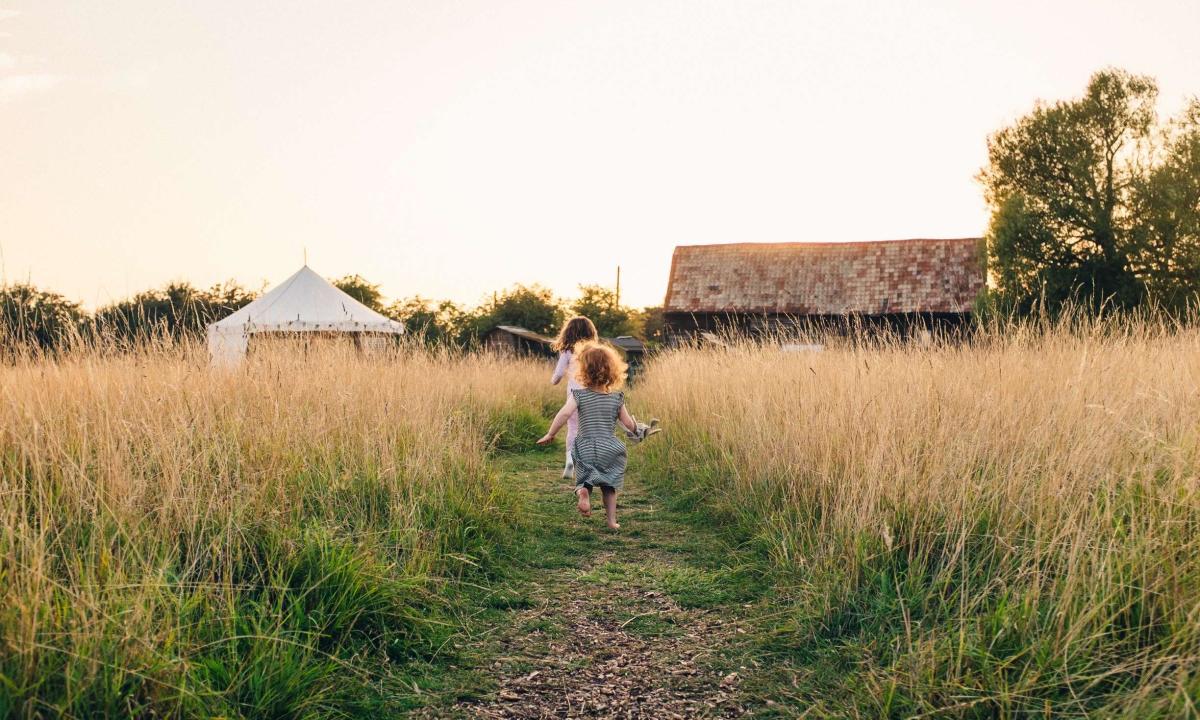