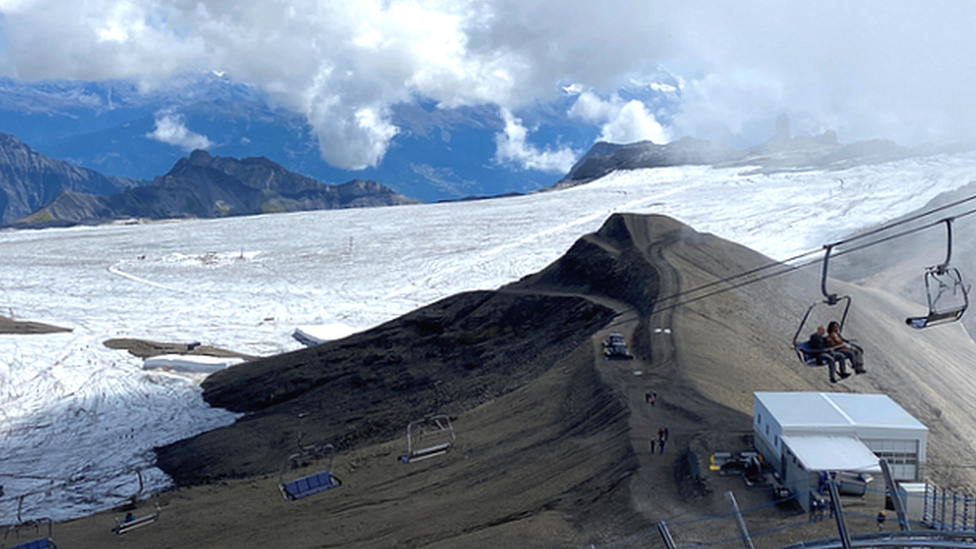 Swiss glaciers have lost more than half their volume in less than a hundred years, and this year’s long, hot summer has accelerated the thaw, according to a new study.

Glaciers support ski resorts and attract climbers and hikers in the summer, but are also essential to Europe’s water supply. Now, the communities across the Alps are worried about their future.

In Switzerland, at 3,000 m (9,800 ft) above sea level, you expect to see ice. But above the village of Les Diablerets, where the Glacier 3000 cable car company operates, there are now huge areas of bare rock.

Two glaciers, Tsanfleuron and Scex Rouge, have split apart, revealing a terrain that hasn’t been seen for thousands of years. “We are probably the first people to walk here,” says Bernhard Tschannen, who runs the company.

Mr. Tschannen is watching one of Switzerland’s top attractions disappear before his eyes.

Visiting tourists can see from the Eiger to the Matterhorn to Mont Blanc. They could also, until recently, traverse miles of pristine blue glacier.

Now the ice is broken by rock, mud and puddles. The change is dramatic.

“When we built this chairlift we had to dig seven meters into the ice. It’s been 23 years,” he explains. “Look,” he points a few meters away, “where the glacier is now.”

Scientists have been monitoring the shrinkage of Alpine glaciers for years. A joint study by the ETH Zurich and the Federal Landscape Office compared topographic images of glaciers from the 1930s with those from the past 10 years.

The findings are in line with longstanding evidence that European glaciers are shrinking and that there is a direct link between ice loss and global warming.

Ice caps are particularly sensitive to temperature changes, so if the earth heats up, glaciers are the first to notice and react by melting.

Mauro Fischer, glaciologist at the University of Bern, is responsible for monitoring Tsanfleuron and Scex Rouge. Every spring he installs ice measuring rods and checks them regularly during the summer and fall.

When he went to check them out in July, he was in for a shock.

The chopsticks had completely melted from the ice and lay on the ground. His ice measurements, he says, were “off the charts – far beyond what we’ve ever measured since glacier monitoring began, perhaps three times more mass loss in one year than the average for the past 10 years.”

The thaw brings danger with it. In the famous resort of Zermatt, the climbing routes up to the Matterhorn have had to close because, with the melting of the glaciers, the rock once held together by the ice becomes unstable.

Richard Lehner, a mountain guide from Zermatt like his father and grandfather before him, spent less time climbing and more time repairing or diverting risky routes this summer. He remembers when he could cross the Gorner glacier. Not anymore.

“The permafrost in the mountains is melting. There are more crevasses on the glacier, because there isn’t enough snow since winter and that makes our work more challenging. You need to think more about risk management.”

Melting glaciers also reveal long-standing secrets. This summer the wreck of a plane crashed in 1968 emerged from the Aletsch glacier. The bodies of climbers have also been discovered, missing for decades but perfectly preserved by the ice.

But the consequences of ice loss are far greater than the damage to local tourism or the finding of lost climbers.

Glaciers are often referred to as the water towers of Europe. They accumulate winter snow and release it gently during the summer, supplying water to Europe’s rivers and crops and to cool its nuclear power plants.

Already this summer, freight transport along the Rhine in Germany was stopped because the water level is too low for heavily loaded barges. In Switzerland, dying fish are hastily rescued from rivers that are too shallow and too hot.

In France and Switzerland, nuclear power plants have had to reduce capacity because the water to cool them is limited.

Samuel Nussbaumer of the World Glacier Monitoring Service believes it is a sign of what is to come.

He says current projections suggest that by the end of the century the only ice left will be in the high mountains: “Above 3,500m there will still be ice in 100 years. So if this ice is gone, there will be no more ice. water.”

The magnitude of the loss this summer has concentrated minds. Glaciologist Mauro Fischer admits that even though he knew, thanks to his monitoring, what was happening, the result made him emotional. “It’s like melting glaciers are crying. High mountain environments tell us we really need to change. It makes me really sad.”

At Glacier 3000, Bernhard Tschannen began wrapping some of the remaining ice in protective covers in an attempt to slow the thaw. When asked if he feels helpless, there is a long pause.

“We can contribute that maybe it’s a bit slower, but I think we can’t stop it completely, at least not at this altitude for the glaciers.”

In Zermatt, Richard Lehner’s great-grandparents hoped that the glaciers would not extend too far into the valley and would not cover their pastures. In the 19th century, there was so much ice that poor Swiss Alpine communities took parts of it and sold it to elegant Paris hotels, to keep the champagne cold.

Those days are long gone and no one is particularly homesick.

But don’t have glaciers at all?

“We have a problem,” Richard says. “In all of Europe, it is not only here in the mountains. These glaciers, this water, I don’t know how we will live without the glaciers.” 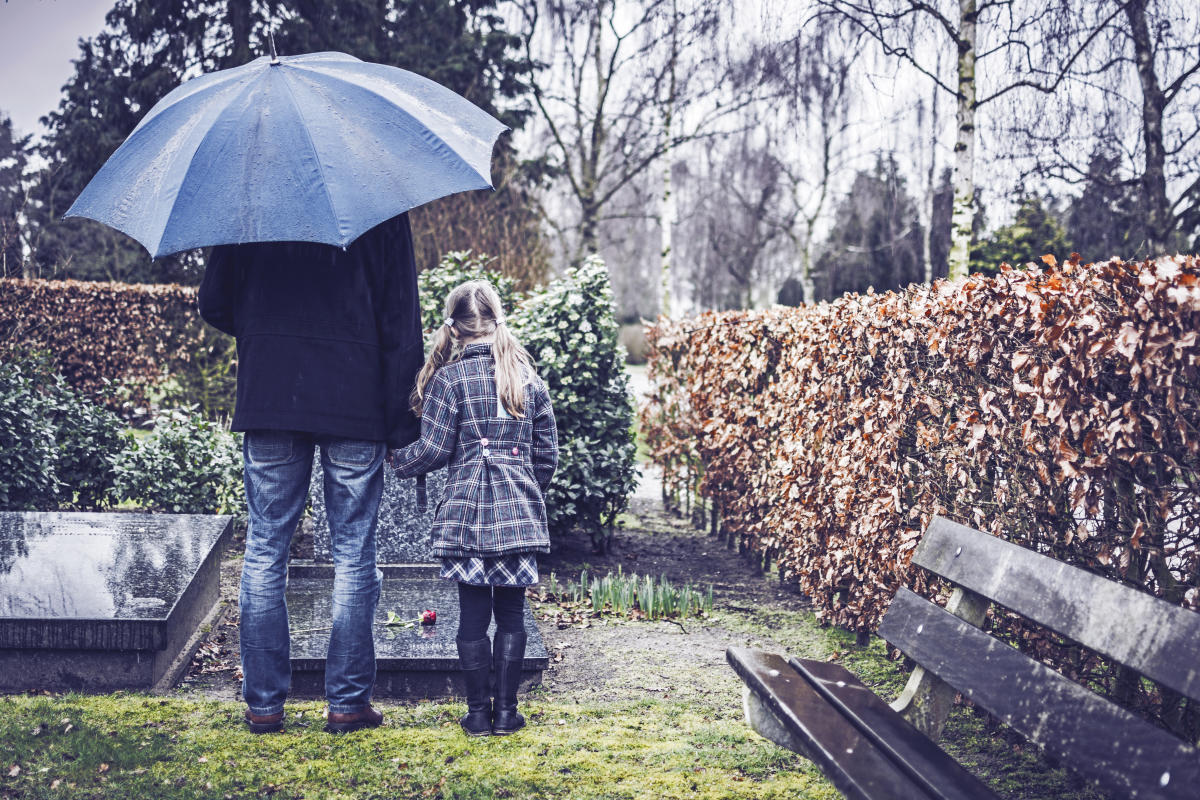 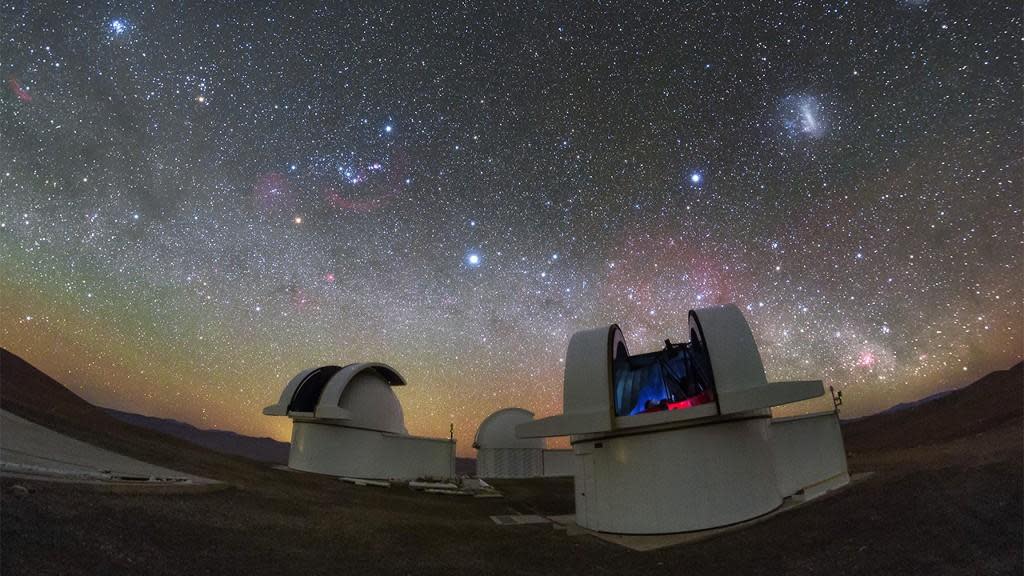 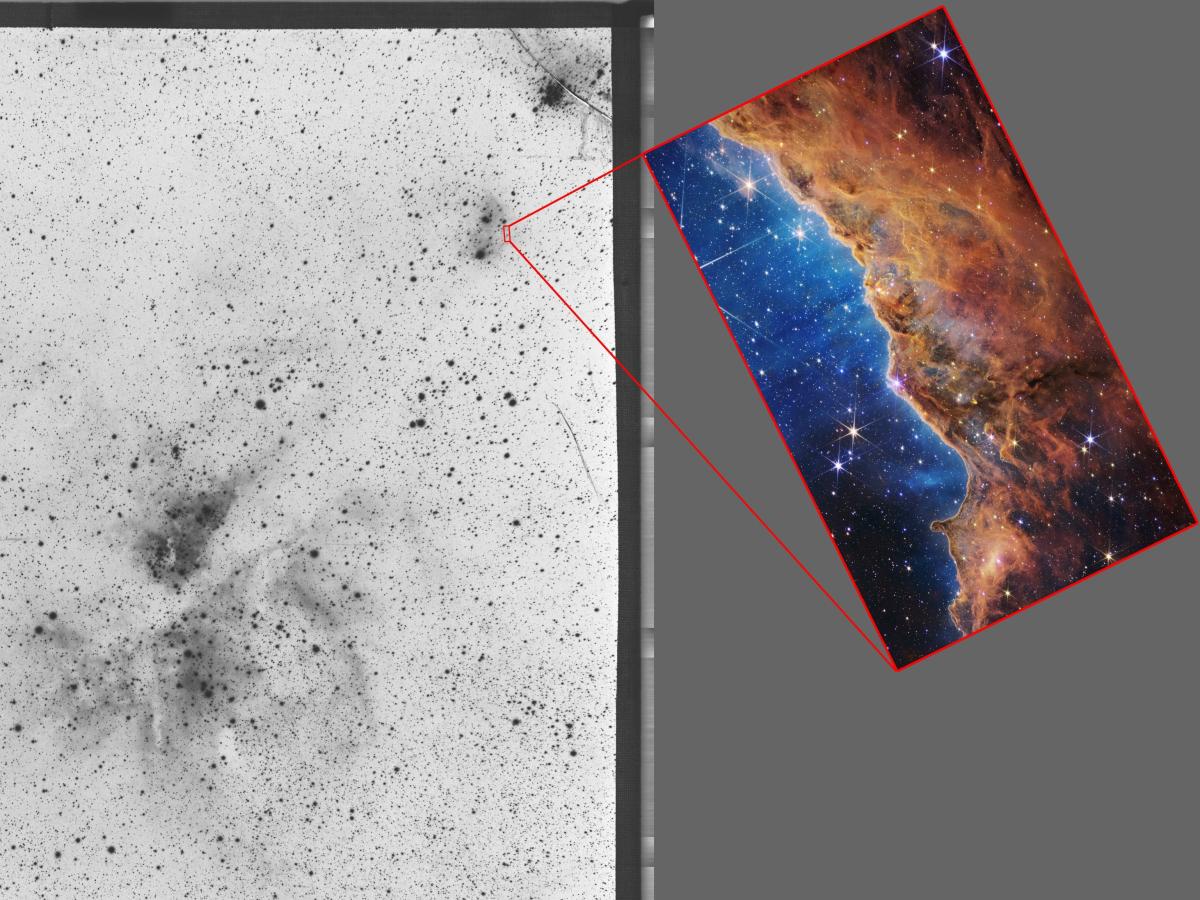